Dues & Don’ts of Getting Into a Masonic Lodge 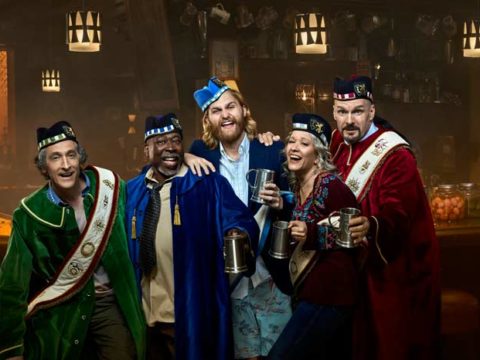 Dues & Don’ts of Getting Into a Masonic Lodge

To which Blaise replies “Yeah, 200 bucks is pretty steep.”

Dud goes wide-eyed at hearing this and immediately leaves the lodge because he realizes he’s been played by Ernie (Brent Jennings) who told Dud the fee to become a Lynx was $2000.

Again, we do an entire recap- watch the show now on AMC On Demand, or check your local listings for times.  BUT if watching Lodge 49 has spurred your personal interest in finding a fraternal organization, this little scene does set up a conversation that is usually one of the first things people want to know about joining a Masonic lodge:  How much?

Here’s how the whole petition/initiation fee/ dues things works:  First of all, to become a Freemason, you will need to fill out a petition. To do so, your best best is to contact the Grand Lodge in your state (each state has it’s own) and ask about lodges near you.  They should have some one at the ready to help you through this.  More than likely there’s a Lodge near your home or office, and possibly more than one.  Find out what nights the particular Lodge meets, and pick a Lodge that meets on a night that you’ll be likely to be available for meetings.

Next, if you know some one personally from the Lodge you’d like to join, call them and tell them you’re interested in joining.  They should be able to walk you through from there.  If you DON’T know someone, you’ll need to personally meet up with a few members of the Lodge you’d like to join.  The Grand Lodge will give you the best contact info for this.

Your initial meeting will just be an introduction- sort of a get to know you kind of thing.  You will usually need at least two members of the Lodge to sign your petition.  There are some slight variations in petitions from state to state but basically here are the rules:  you need to be of lawful age (either 18 or 21 depending on the state), you can’t have a criminal record (minor traffic offenses notwithstanding), and you must believe in a “higher power” (more on this later).  On your petition, you will basically have to attest to those things AND turn in a check for your initiation fee.

The initiation fee, sometimes called a petition fee, is the “start up” fee for a Lodge member and it’s what gets the process going.  The fee itself is again different from state to state, but the national average is $300, some higher, some lower.  That covers your first year and the costs associated with making you a member.

“Dues” are your annual membership fee and usually they are much lower than the petition fee- anywhere from 50 bucks to 200.  So while freemasonry isn’t free, it’s also not cost prohibitive.